Danielas column: The GPS, the bridge and me

Facebook-f Linkedin-in Twitter Instagram
For a long time I did not think about this story, but by chance I was reminded of it again. Back then, when I just started driving a truck, I had a scary encounter with the evil kind!

It started when I was a newcomer on a MAN swap body train, working the night shift on line. Towards the meeting point, trailer to the ramp, swap truck with another forwarding agency. Ok…it was quite easy. Wellaaa…except for driving up to the ramp. That still caused me a lot of problems. But I managed it somehow.

Now it happened that I got from the night shift to the day shift in the general cargo traffic. “Oh weeeehhh”, I thought. In the morning I had to bring masses of swap bodies to some companies and then pick up my two own bridges and off I went on tour.

So in my first week of day shift I was released with two loaded bridges into the big (for me very big, wide and unknown) world. Without co-driver or something. Completely on my own. Freely according to the motto: “Bird eats or dies!”

But woman doesn’t let herself be beaten and I started off. 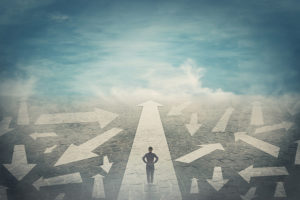 In the early afternoon everything was done without problems until I arrived in Gevelsberg in Germany. I was supposed to pick something up at a company there. So I entered the address into my Navi and it could start. But now the B7 was closed because of construction site. So I had to use the side roads to get to this company. The roads were wide enough for me and my big car, I didn’t worry.

But now my navigation system had the idea to tell me to take the next left up. I was very well-behaved and listened to the thingy on my windshield. What this mistake was, I unfortunately noticed too late.

So I turned left and drove up the road. After about 500 meters I saw to my horror a bridge with the sign “3,80m” in front of it! Oh dear! Panic in my eyes and sweat of fear on my forehead! “I’ll never get under that bridge in my life!”

So I drove to just before the bridge, parked the truck with the hazard warning lights and went to the bridge to see if it would fit and, if it did, where I would have to go from there. My Navi told me that I should turn left after the bridge and after a short way I would be at this company.

But to my horror I had to realize that NOWHERE it went on for me and my truck. That was something my navigation system did not tell me! Turning left might be possible for narrow cars, but not for trucks. Under the bridge I would have got under it, but after that I turned left? No way! Bollards had been put on the street where my truck couldn’t fit through. At least not without crashing the truck and the bollards!

So the only way left for me was to go back. So there I was, in front of me the bridge or the bollarded path, which was too small for me, and behind me the path down the mountain again! Not a nice choice. But since there was no possibility to turn anywhere, I was forced to drive almost 700 meters (I think it was) down the mountain again, backwards! Ahhhh… nööö… how am I supposed to do that? I had no experience at all: It was just the first tour alone in distribution traffic. But there was nothing else to do… close your eyes and go!

So I got into my truck and with hazard lights and reverse gear slowly down the mountain again. Oh man, that was hell! I was ranting and raving, grumbling like a reed mackerel. There were these annoying car drivers, standing right behind me, honking, making me poor thing more and more nervous.

At some point I had to go backwards over the right mirror into a rather narrow side street full of cars. I think I got out of the car at least a thousand times and made sure that I didn’t hit anything or crash anything.

It took me almost half an hour to cover these 700 meters, I was soaked with sweat afterwards and I was just glad that I was back on the B7 without any damage! I called my dispatcher and made it clear to him that I would “never, really never” go there again! A 7.5-ton truck should go there! Not me!

Today I know that it was partly my fault. I should have checked before turning off, whether such a vehicle can go there at all or not. However, in the street from which I drove out to turn left there was no traffic sign or any other indication of this bridge which was too small for me. Even today there is still no sign.

So I trusted my smart navigation system completely and was “rewarded” with an extra driving exercise! I still drive with Navi, but at least I have a pure truck Navi. Nevertheless, I do not only rely on this “disc-domina”. Every now and then I prefer the navigation system in paper form. Because I do not need something like that again!

And yet, unfortunately, it happened to me again a few years later. In Cologne. Again it was a bridge, which was a bit too small for my articulated lorry. Because 4.00 meters definitely don’t fit under a 3.60 meter high arch bridge… I knew that even without a navigation system. What else could I do? Once again I turned backwards on a very busy road and on a big crossing and with a huge detour I finally found the right company!

And the moral of the story? Never rely on the navigation system! 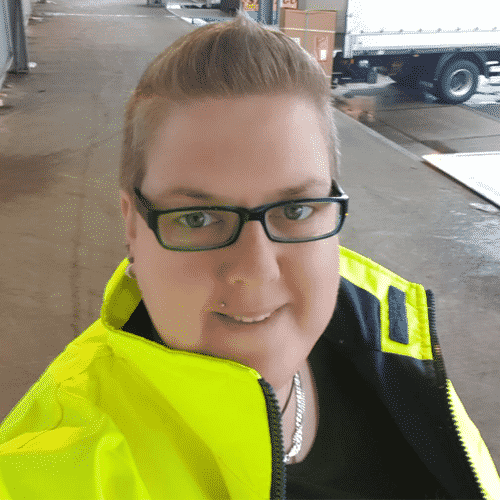 Daniela Kampschulte
Daniela Kampschulte is a professional truck driver from Attendorn in the Sauerland-region of Germany. She has been behind the wheel since 2005, before she switched to the “other side of power”. Since 2018 Daniela has now been working as a dispatcher. For the Saloodo! Blog she writes about everything concerning her job and everything that has to do with it! And also funny things should not be missing there of course …