World Climate Conference: What does it mean for logistics and supply chain?

Facebook-f Linkedin-in Twitter Instagram
Today marks the end of the 26th World Climate Conference, COP26, in Glasgow. Even before the final declaration is agreed, we have looked at what COP26 means for transport, logistics and supply chain.

One of the key tasks of COP26 was to assess whether or not the emission reduction commitments made by Parties are ambitious enough to meet the target of limiting temperature rise to 1.5 degrees.

The UK government, host of COP26, had divided the summit into four main themes.

In addition to these topics, the agenda also included issues that could not be resolved by the last COP in Madrid in 2019. These include carbon market mechanisms (the way in which emissions from one company can be offset by buying credits from others, see below); financing “loss and damage” in vulnerable countries; providing $100 billion in finance to less developed countries; and “nature-based solutions”. The last point refers to the potential of natural assets to absorb carbon and thus play a role in mitigating climate change. It is closely related to addressing biodiversity loss. 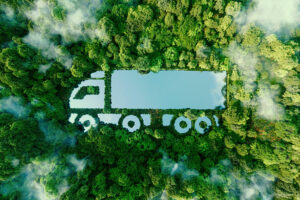 Of course, the results of the discussions on clean road transport will have implications for the transport and logistics industry, especially in terms of the impact of new regulations on truck emissions. Some forecasts predict that by 2040, 50% of cars and vans sold will be emission-free. However, to meet the Paris Climate Agreement target, the proportion of zero-emission vehicles will need to be 100% by that time. The host country, the UK, has committed to achieving the target of ending the sale of petrol and diesel cars and vans by 2035 and diesel trucks by 2040.

So far, other countries/unions have set the following targets:

European Commission (EC) has committed to reduce emissions by at least 55% by 2030 in order to achieve net zero emissions by 2050. The Commission has also stated in a policy paper that there should be 30 million zero-emission vehicles on the roads by 2030. This is a big leap from the 1.8 million electric and plug-in hybrid vehicles that currently exist, and even more difficult as hybrids are not considered zero-emission.

Japan has also committed to net zero consumption by 2050, after the government raised its target in October 2020 from an 80 per cent reduction in emissions by that date. Its target for 2030 is a 26% reduction in greenhouse gas emissions from 2013 levels, with the sale of petrol and diesel vehicles to be banned from the mid-2030s.

China has set a goal to be carbon neutral by 2060. On the way to this goal, the country aims to reduce the carbon intensity of its economy by more than 65% compared to 2005 levels. The strategy also includes carbon offsets such as reforestation and increasing wind and solar energy capacity.

The US aims to reduce emissions by 50-52% from 2005 levels by 2030. The state of California has taken the lead in this regard. From 2024, manufacturers of medium- and heavy-duty trucks must ensure that a proportion of their sales consist of zero-emission vehicles. By 2045, this proportion of new sales will rise to 100 %, with various milestones along the way.

One of the big issues discussed at COP26, and an unresolved issue from the UN climate talks in Madrid, is the issue of global carbon markets. The issue is so contentious that no solution was possible, even though it is part of the Paris Agreement.

The idea behind creating a market where carbon emissions can be “bought” and “sold” is based on the principle that it does not matter where the emissions originate as long as the amount in the atmosphere is limited to a sustainable level. This was laid down in Article 6 of the Paris Agreement, which was to provide the basis for the introduction of global markets from 2020. In theory, carbon pricing should discourage companies from producing carbon and lead to reductions.

– Emissions Trading Schemes (ETS) or ‘cap and trade’ and

– ‘baseline and credit’ or offsets. 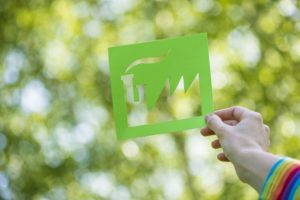 In Europe, schemes have been in place since 2005 and apply to some specific sectors, including power and heat generation, oil refineries, steel mills and most notably commercial aviation (introduced in 2012). There are plans to extend them to other sectors such as shipping and road transport.

There is opposition to the introduction of an emissions trading scheme in Europe for road transport. This stems from the conflict that an ETS would cause with other instruments that governments already use. In theory, an ETS carbon credit fully covers all external costs of carbon emissions and is thus priced at a level that would lead to their reduction. If an ETS fully regulates all emission reductions in a sector, the question is where does that leave existing taxes and levies on fuels already paid by consumers?

Fuel efficiency in the industry has been ensured by the adoption of Euro engine standards by vehicle and truck manufacturers. Will their role be as important in the future if the ETS becomes the main mechanism for reducing emissions? Would many manufacturers perhaps even welcome an ETS for road transport, as it would relieve them of the responsibility to develop more fuel-efficient engines?

But the real problem with introducing an ETS for road transport is another: consumers and businesses, who will have to pay the extra cost of the credits passed on by oil companies, will rightly claim that they are already paying a high price for fuel because of the high taxes and levies that governments already impose. A jump in fuel prices will be extremely unpopular, a fact that governments must take into account, especially as the economy is still reeling from the effects of the Covid crisis.

COP26 will have a significant impact on the supply chain and logistics industry. Despite the social and economic consequences of Covid, leaders have placed great emphasis on the commitment to net-zero emissions. Achieving these ambitious targets will require significant structural changes, not least the phasing out of diesel and petrol-powered trucks and vans. Achieving the targets will also require significant technological advances, many of which will occur in the near future rather than at the end of this timeframe; the longer it takes freight transport to evolve towards lower-carbon transport, the more CO2 will accumulate in the atmosphere and the more difficult it will be to limit the temperature rise to 1.5 degrees Celsius.

If these targets are to be met, a whole range of additional measures will have to be taken, such as improving the efficiency of freight transport networks. Many of these decisions will be politically difficult, especially if they lead to higher costs for consumers at a time when energy prices and the cost of living are already rising significantly.