What is Logistics? Origins, Present and Future Scenarios

Facebook-f Linkedin-in Twitter Instagram
What is logistics? Same term, often different explanations. In a broad sense, logistics refers to the coordination and movement of goods or services from the point of origin to the point of destination. From a business perspective, logistics is an entire process that requires planning, implementing and controlling procedures that will ensure a smooth and seamless flow across all the stages of transportation.

The meaning of logistics

In Roman and Byzantine times, the title of the military administrative official was known as ‘’Logista’’. 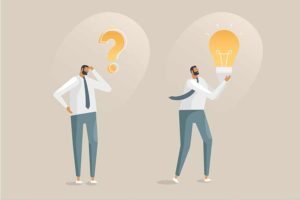 While back then the term was apparently reduced to numerical computation skills, its importance increased dramatically in the 19th century, when Napoleon made logistical operations a major part of the French war strategy, understanding what is logistics, its importance and how even an armed force would be helpless and unprotected without resources and transportation.

The first theory of war based on the trinity of strategy, tactics, and logistics was created by Antoine-Henri Jomini, a Swiss officer who served as a general in the French army during Napoleon’s time. The concept of logistics also made its appearance in ‘’The Art of War’’, a book written by Baron Jomini himself.

Some claim the term ‘’logistics’’ comes from the French word ‘’Logistique’’ (translates to lodge) while others believe the word can be traced way back earlier to Greek origins, where the adjective ‘’logistikos’’ means ‘’skilled in calculating’’. Regardless of where or when the term itself was initially coined, what remains clear is that the concept of logistics was developed in the military, where there was a major need for strategy and management.

What is Logistics today

Due to an increased complexity of supplying different businesses with materials across a wide range of industries, logistics is no longer a straight-forward process. With the pressure of having the ‘’right item in the right quantity and the right time in the right place in the right condition for the right customer’’, the functions and forms of logistics have evolved dramatically.

Nowadays, logistics became an implementation of complex operations. Despite being a single component of a supply chain, the logistics of tangible goods involves the integration of information flow, material handling, security, production, packaging, inventory, warehousing and transportation.  Formed of many different processes, aspects and forms, logistics can be described as the following but not limited to:

Inbound Logistics – One of the primary processes, inbound logistics refers to the activities of procuring material, handling and it is focused on the storage and transportation of incoming goods. For instance, a car manufacturing company will buy car parts from different locations, pick and transport them from different places with the end goal of assembling a car. The complete process that initially starts with material handling and end with storage and assembly refer to ‘’Inbound Logistics’’.

Outbound Logistics – Unlike inbound logistics that has a primary focus on procuring material and arranging the inbound movement of products from suppliers to manufacturing plants or warehouses, outbound logistics relies heavily on two aspects: transportation and storage of the final product. The transportation aspect is essential, moving the product from one location to another in the most effective way possible. While it may sound like an easy process, delaying a shipment can cost a company thousands. This is why it is important to plan ahead and consider different scenarios that may get in between and cause challenges during the movement of goods. On the other hand, to store products involves proper organization.  The final product itself may require to be moved out to a customer unexpectedly, hence the reason why the products need to be safe and easily accessible.

Reverse Logistics – Also known as ‘’the process of moving goods from their point of destination with the purpose of capturing value or proper disposal’’. A relatively new term introduced in a white paper published by the Council of Mangement in 1992, reverse logistics basically refers to all the operations related to the reuse of products and materials. In other words, any process that happens after the product was already delivered it already involves reverse logistics. In a normal situation, if the product is damaged or defective, the customer would return it. Then the product would travel in reverse (the manufacturing firm would organize shipping, testing the product, repairing, disposing of the said product, etc) to retain any use left from the product itself.

Technological breakthroughs are changing different aspects of logistics as we know it. New innovations, business models and customer expectations are just some of the factors that are forcing the logistics industry to undergo major changes.

PwC makes a good point on what is logistics by exploring potential future scenarios. For instance, collaborative working could be one of the approaches to logistics, where incumbents would play a dominant role in using shared networks. Another possibility is that a need for crowd-sharing platforms increases, as start-ups drive technology development and innovations. The other scenario could be that large industrial and retail customers along with suppliers become the main players in the logistics market themselves, making use of some of the latest technologies, such as autonomous vehicles, warehouse robotic solutions or 3D printing. Finally, it could be the case that current market leaders could all compete for acquiring smaller players and achieve scale through consolidation and acquisition of innovative start-ups.

From machine learning to cloud technology and autonomous vehicles, the potential for digitization is huge but the lack of digital culture remains the biggest challenge in logistics. Regardless of what scenario could be more likely to take place in the future, something remains clear: smaller companies will need to be ‘digital fit’ and put their cultures to work.

So in the end, what is logistics? Based on a study done by the Swedish Association of Road Haulage Companies in 2009, if an interruption or stoppage would occur in the truck transport service (which is naturally a part of the logistics chain), in less than a week some of the following events would take place: drinking water would be depleted, there will be a shortage of foods supplies, public transport discontinuing service and industrial production would stop.  Beyond the process, the technical side, origins or its general meaning, logistics is basically ”the movement of life”.